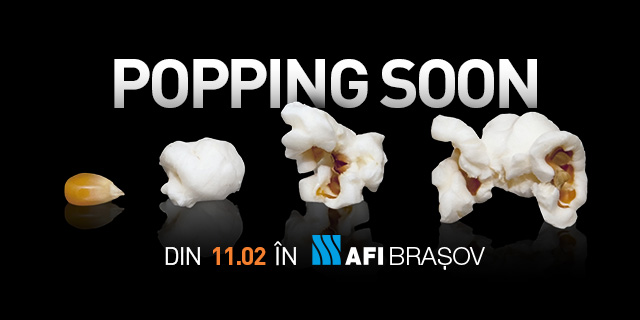 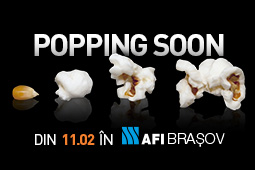 Cinema City turns on the movie projectors at Brașov

“Cinema is a mirror that can change the world” (Diego Luna)

With the new opening in the medieval city of Brașov, Cinema City brings the 4DX challenge to the heart of the mountains, closer to locals and tourists, who can watch movies at the cinema even when they are on vacation.

TICKETS ARE ON SALE NOW: GET YOURS NOW

In total, in the new location, there will be 8 rooms equipped with innovative technology to the highest cinema standards, two of which have exclusively 2D format, and six have 3D technology. One of the halls is provided with 4DX format, bringing unique challenges by experiencing the coolest effects that activate all the senses to make the viewer part of the story of the movies unfolding in front. The high-tech motion effects of the seats intensify the adrenaline, which together with the synchronization with the environmental details (wind, rain, fog, lightning, smell, water, soap bubbles) as well as the action in the film will ensure a very special viewing.

The inauguration is coming in time to tick off some of the most anticipated titles this month, so a special program has been prepared. Mysterious subjects that require your attention are in the main role: from the screening of "Death on the Nile" where Hercule Poirot solves a new case or "Nightmare Alley", an authentic thriller by Guillermo del Toro to the Romanian film "Miracle", with the investigation of a complicated case. Just in time for Valentine's Day, a romantic comedy starring Jennifer Lopez, "Marry Me," will be released. All this and much more can be a reason to relax and escape to the cinema.

As for the 4DX format, two blockbusters are being released this month: a spectacular SF about an imminent end of the world - "Moonfall" - directed by Roland Emmerich, but also "Uncharted", inspired by the video game with the same name, where Tom Holland and Mark Wahlberg go on a treasure hunt.

In the spring, the Gotham hero's new adaptation of "The Batman" starring Robert Patinson, a jungle adventure with Sandra Bullock, Brad Pitt and Channing Tatum - "The Lost City", the film dedicated to antihero "Morbius" with Jared Leto or "Fantastic Beasts: The Secrets of Dumbledore", but also a new chapter in the Marvel universe, along with "Doctor Strange in the Multiverse of Madness". In addition, many more: "Top Gun: Maverick", "Jurassic World: Dominion", "Minions: The Rise of Gru", "Black Adam", "The Flash", "Avatar 2".

At Cinema City, visitors are pampered with two offers that bring them closer to the stories they want to watch. With Familly Ticket adults pay the same price as children when they come to the animation together, and Tuesday becomes synonymous with CINEMARȚI, when all the movies in the program have the same price at Cinema City: 2D productions can be seen for only 14.9 lei, and 3D ones for 16.9 lei.

Cinema City comes with the promise of spectacular moments like in movies and as a reminder that movie lovers can enjoy the thrills and adventures that only the BIG SCREEN can offer! 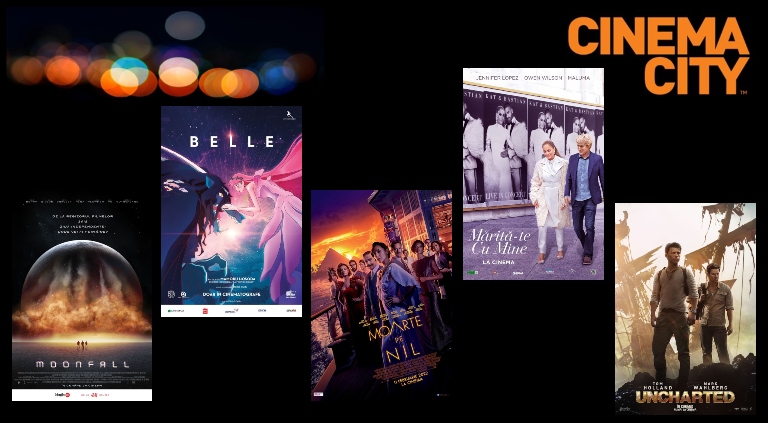 Movies to fall in love in February at Cinema City