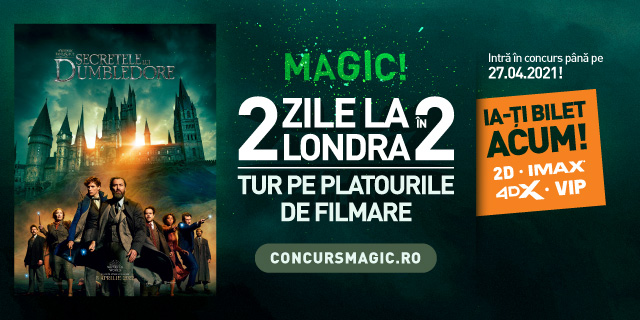 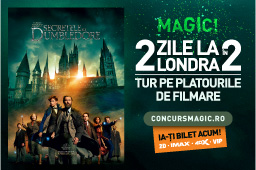 The contest is over. The winner was chosen on the draw completed on May 2nd, using real random numbers, generated by the QUANTIS device.

The results of the extraction have been saved in the extraction directory found at this address - the award was claimed (the winning ticket is 1824232762902004).

WIN with Fantastic Beasts: The Secrets of Dumbledore at The Warner Bros. Studio Tour in London

You can be the lucky winner of a 2-night vacation in London, which includes a tour of the film studios and a visit to the Harry Potter Photography Exhibition. where J.K. Rowling Wizarding World™ comes to life!

Buy a ticket for the movie Fantastic Beasts: The Secrets of Dumbledore between April 8-27, 2022, at 23:59, in any Cinema City Romania cinema. Keep your ticket and enter the contest.

You can register for a chance to win by accessing this link.

Step into the relay sets of the franchises, discover the magic behind the charming special effects and explore the backstage secrets of the Harry Potter and Fantastic Beasts movie series, right in the studios where it all began. 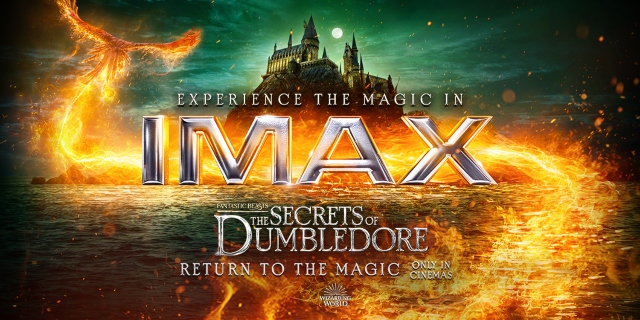 Fantastic Beasts: The Secrets of Dumbledore first seen in IMAX